Welcome to the Walking City!

Fast forward to 1631, the first sail ship was built in America which lead to the shipbuilding industry to thrive. The whaling industry and fishing industry started to boom. 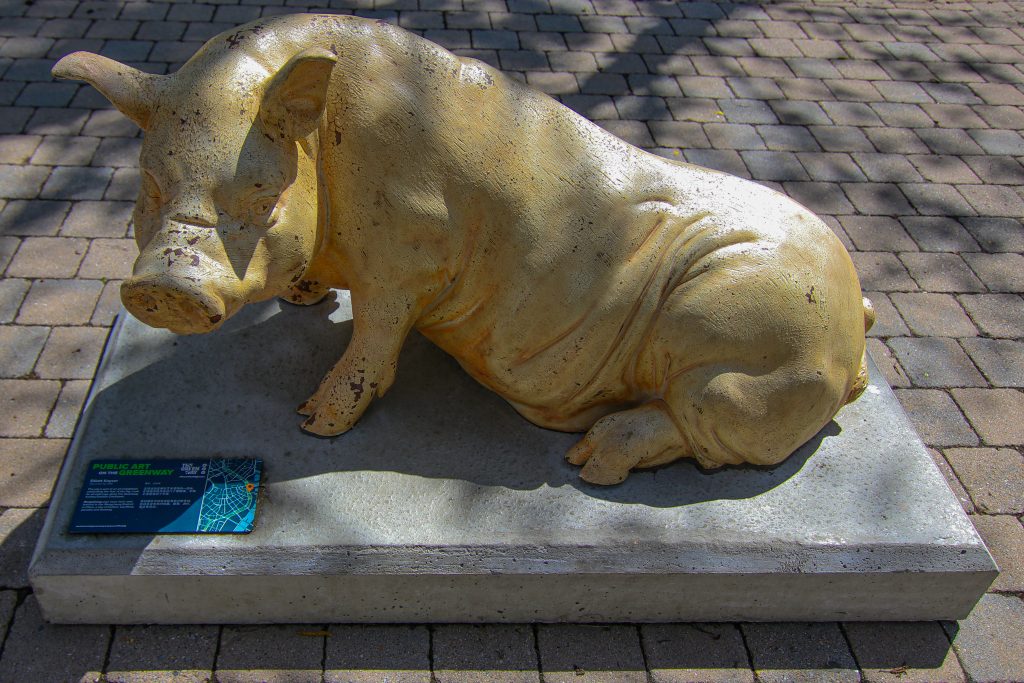 The Seaport District is easy to get to and is accessible by boat, car, water taxi, and bus.

During the 1800’s growth was booming in the Seaport District. When the mid 1900’s came around, the Seaport District became a ghost town. The area became a desolate wasteland of empty parking lots and abandoned warehouses. In 1993, Tom Menino was elected as the 53rd mayor and had a goal to rebuild the Seaport District. Mr. Menino pushed for construction of the Boston Convention & Exhibition Center which has 2.1 million square feet of space. Mr. Menino also pushed for construction of the Institute of Contemporary Art which features existing and growing artists. By 1998 the John Joseph Moakley US Federal Courthouse designed by Heny Cobb was fully built. Over a period of time traffic increased and businesses came in and and started to grow. By the early 20th century ships began delivering raw material to the emerging factories in the area. In the last decade new developments, some delivered at the height of the real estate crash, are the result of a collaboration between local and state authorities, private investors, developers, and residence.

Today, the Seaport District is lined with a beautiful waterfront and modern neighborhoods, with glass towers and futuristic culture and event venues. If you have time, you can eat at Trillium Fort Point Restaurant or Stroll the Harbor Walk and take some nice selfies. 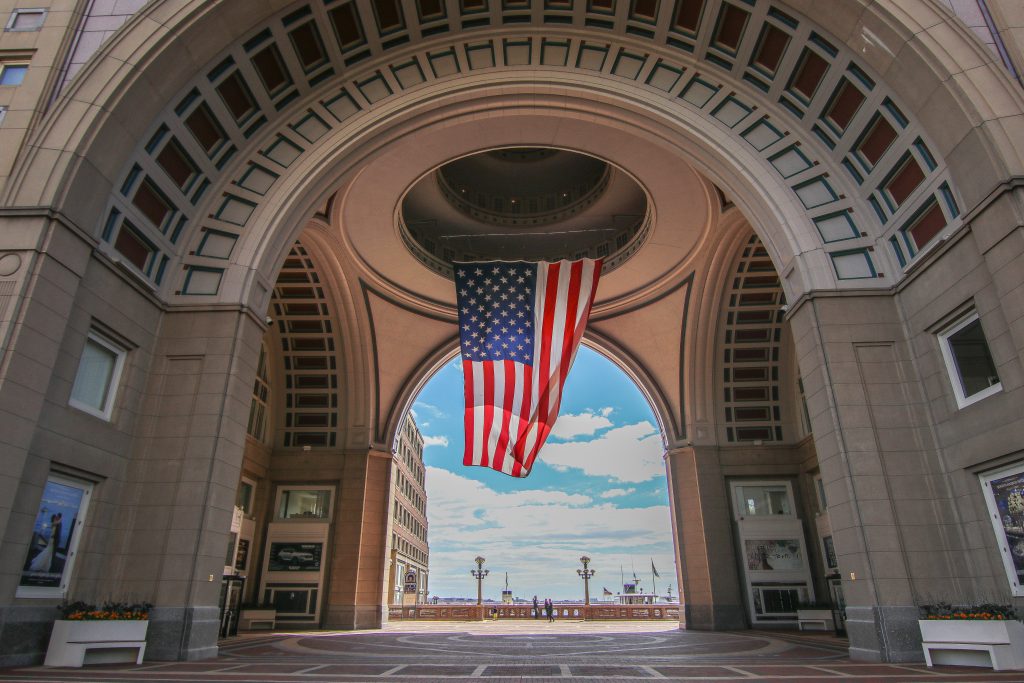 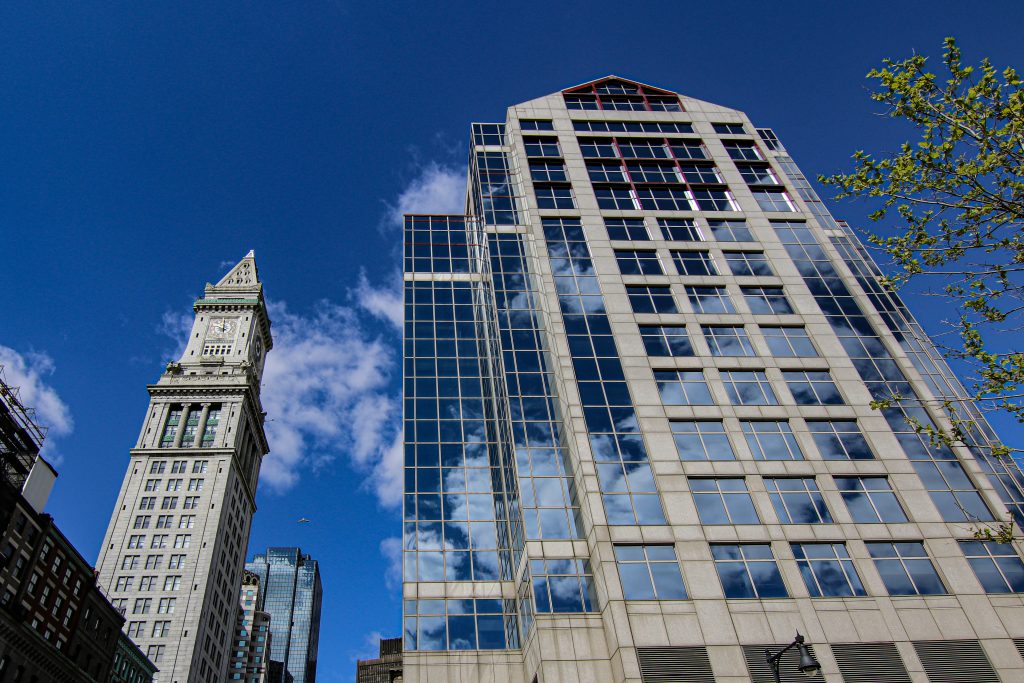 In August of 2014, The Lawn on D opened up for residents, tourists, artists, and conventioneers to come and play on an interactive, flexible, and vibrant temporary urban space. The space has sent a tone of civic impact and expressing ambitions of the new district on D Street. The space has achieved its aspirations as a hub of activity for a wide range of events, installations and programs. The space is conceived as a platform for innovation and armature for infinite programming. This new district aspires to be interactive, flexible, technologically advanced, inspired by art and events, and inclusive of many constituents. Before The Lawn on D was created, D street consisted of vacant parking lots and aged industrial buildings. 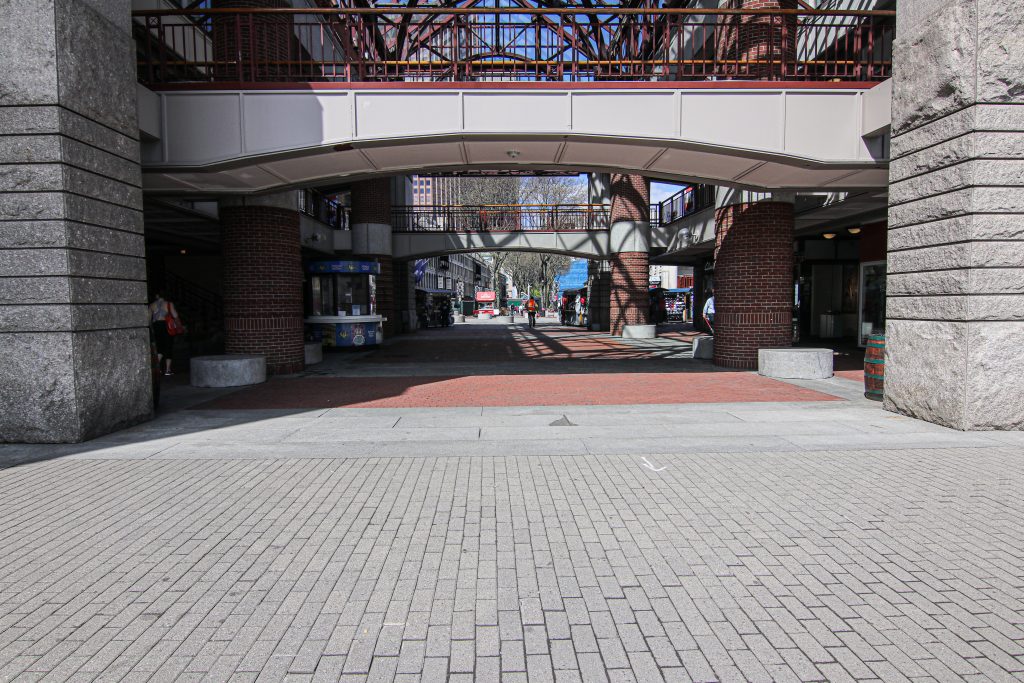 Faneuil Hall was built in 1742 by Peter Faneuil as a gift to the city. Faneuil Hall used to be waterfront property before the early 1800’s. Over time Bostonians needed more land so they filled in the harbor to where it is today. Faneuil hall has had many great speakers like Bill Clinton, Ted Kennedy, Susan B. Anthony, and Oliver Wendall Holmes. Today Faneuil Hall is still known as a central meeting place. Foodie lovers and shoppers will need at least half a day here. You will find an array of great food, like their baked beans, clam chowder and lobster rolls. Some of the best known shops are L’Attitude Boston Boutique, The Black Dog, Irish Eye pushcart, and American Rhino. You can also go shopping along the Greenway walking trail which have some unique handcrafted items like handmade scarfs, jackets, hats, bags, and watches. 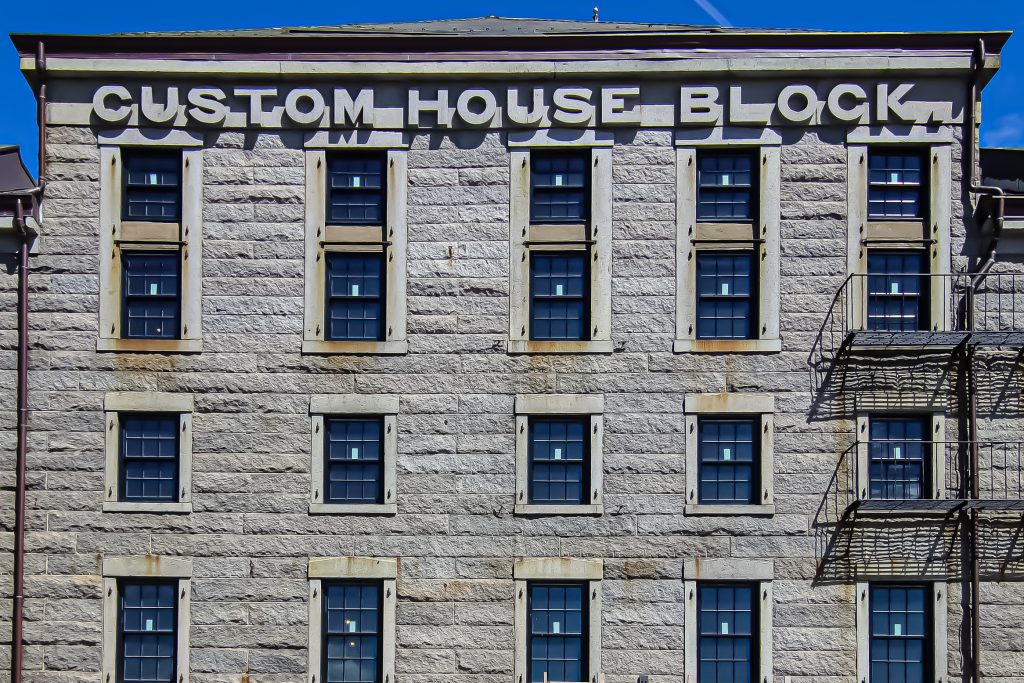 A former warehouse located on Long Wharf at the end of State Street.